My doctor just told me that since I started seeing her two years ago, this is the fattest I've ever been. And the heaviest. With the highest cholesterol levels.

How did this happen? Enter Umu, the Dusit Thani Manila Hotel's Japanese restaurant. 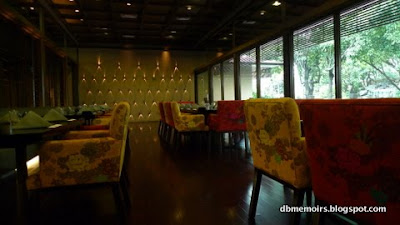 Very serene with a view of the garden. Thanks, Steph, for booking this table for us.
I took La Familia to the Crossover Buffet on 18 July 2010. By "crossover", they mean that you can stuff yourself with eats from the hotel's four restaurants-- Umu, Benjarong for Thai, Tosca for Italian, and Basix for Continental. Two are on the ground floor, two are on the second floor. Walking through the lobby with food and drink in hand are unavoidable. 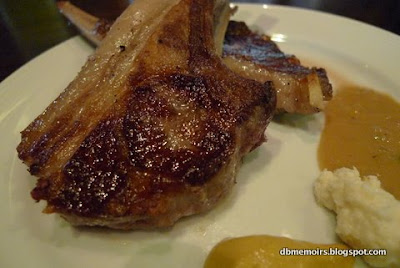 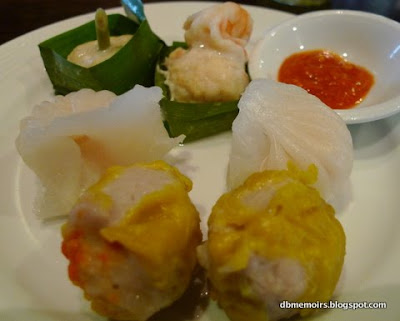 Plate No. 2 Assorted dimsum steamed to order. Bland and mushy. 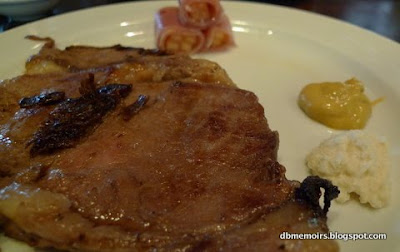 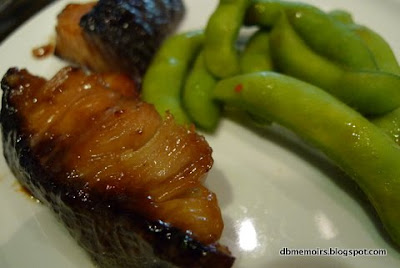 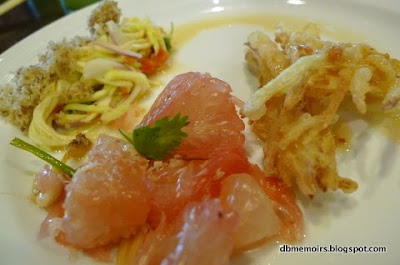 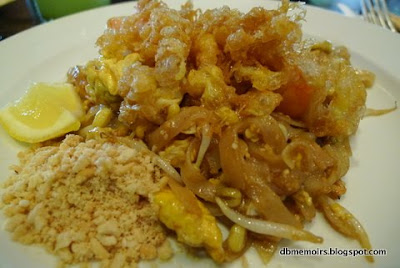 Plate No. 6 Freshly stir-fried pad thai. It was good, but I've had better in a food court in Bangkok. 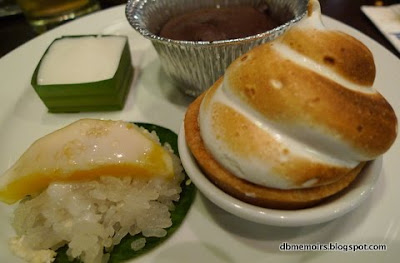 Plate No. 7 An assortment of desserts. The mango sticky rice was a major disappointment. The white rice-cake thingy and the flourless chocolate cake were passable. The meringue tart thingy? I don't even remember it.

Brother said: "Why do we keep eating at hotel buffets? It's no joke trying to lose weight nowadays."

Father said: "People are crossing the lobby with plates full of food. Whose stupid idea was this?"

Steph (silent H) said: "The buffet is cheaper than ordering a la carte from a single restaurant."

I say: From now on, we will no longer partake of the trough-like offerings at hotel chains. Instead, we will eat fabulously expensive food at specialty restaurants. Hopefully, we will eat less, but better.