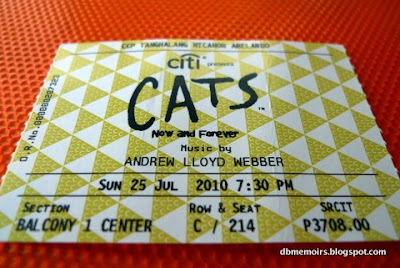 At 12 noon, the skies opened up over Manila and it rained, very hard, for about two hours. Pop got caught in a flash flood along EDSA. He very graciously offered to drive Ma and me to the Cultural Center of the Philippines (CCP) which is at the end of the world, relative to our house in the north. The next day, I read in the newspaper that had the rain not stopped at 2PM, the whole city would have been under water again, like last year's Typhoon Ondoy.

We reached the CCP at 6PM. That gave us time to have an early dinner before the show. We had a hard time settling on a place to eat. Most of the restaurants in the CCP's lot were full. The servers didn't even bother to look up anymore when new people walked in their doors, they were (feeling) so busy. Some of the restaurants even had leaks from the ceiling and wet floors. We ended up at Teriyaki Boy where the food was barely Japanese and very mediocre, but the staff were friendly, fast and efficient. 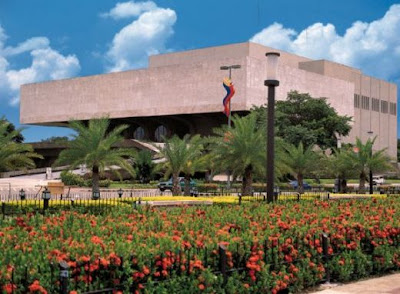 The CCP is still a magnificent structure, but badly needs some updating. The carpets are kind of old, the escalators can only accommodate one person on each step, and the chairs are creaky and lumpy. We found our seats in the balcony and realised that the railing blocks everyone's view of the front portion of the stage. So the whole balcony section was literally sitting on the edge of their seats. 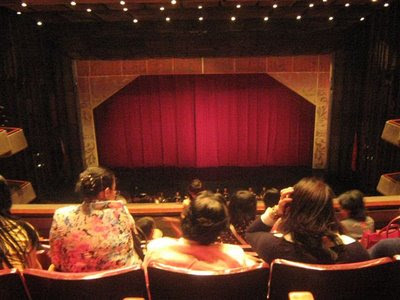 Act I of Cats Now And Forever was boring. I really tried to like it, having paid so much for tickets, but that Jellicle Song can drive you nuts. The set was the same throughout, so that in the beginning, you are amused by the giant pile of garbage that is the setting for the Jellicle Ball, but after 20 minutes, you become aware that it's just a giant pile of Jellicle garbage. The dancing was great, but I couldn't understand the songs' lyrics. Maybe because of the imported performers' Australian accents?

The Chinese ladies sitting behind us wouldn't stop yapping until Ma and I shushed them. One of them very loudly insisted that she "can't see anything!" Two seats away on my right was a twenty-something kid who kept giggling and saying "Ang kulet!" in all the wrong places. The big fat guy sitting behind Ma kept kicking her chair, but when I turned around to give him the evil eye, he was freaking asleep.

At that point, I already regretted being there. I don't even like cats (the animals). Rum Tum Tugger, who is supposed to be really hot and makes the girl cats crazy, just looks very, very gay. Although the cat costumes were fantastic, I didn't understand why the older cats wore mangy robes that made them look like Wookies.

In between songs, we could hear a very distinct female voice (Australian accent) giving stage and lighting directions. It was distracting, to say the least. "OK, let's go to Old Deuteronomy, at the count of one, two..."

Lea Salonga finally came out and sang a few lines. And then intermission. 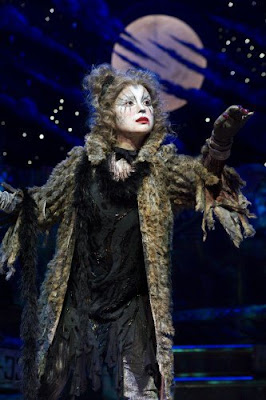 Image borrowed from pep.ph
During the break, the women to my left started to discuss "Inception", which is the best movie that I've seen this year. One of them said that she had a hard time understanding the dream-within-a-dream premise, so her seatmate started to explain it, but then she was interrupted by "Oh, don't bother. I go to the movies to be entertained, not to think." I wanted to stand up, slap her and say, "Please do the human race a favor and don't reproduce!"

Act II was sublime. It was like a completely different musical. Even the audience shut up and paid more attention. The Australian director lady's voice was heard no more. The cats themselves were more interesting, and they changed the set a bit-- Growltiger on a ship with some Siamese cats, and Skimbleshanks on a night train. One of the younger cats sang a reprise of Lea's big song "Memory". Actually, the melody was "Memory" but I couldn't catch the lyrics until the people in the orchestra section started applauding. Ah, they changed the words to Tagalog pala, sung with a heavy Australian accent. Highly appreciated by the audience, but it would have been better if they let a Filipina sing this part, I think.

At last, the part that we had all been waiting for, what we had actually paid for-- Lea Salonga sang "Memory" in full. It was divine. Every word was crisp and sharp. The tone of her voice gave me goosebumps. It was perfection.

Suddenly, the Ilonggo couple sitting beside me started to converse. The guy said to his girlfriend, "Hey, have you checked your Facebook lately? I posted blah blah blah..." in the middle of the THREE-THOUSAND PESO SONG!

The girl, perhaps feeling that I was on the verge of stabbing her boyfriend with the ballpoint pen in my purse, puts a hand on the guy's arm to quiet him down. And then she crossed her legs and started swinging her bare foot. Bare foot! Yun pala she was wearing flipflops. At the CCP. Madame Imelda Marcos would throw a fit. 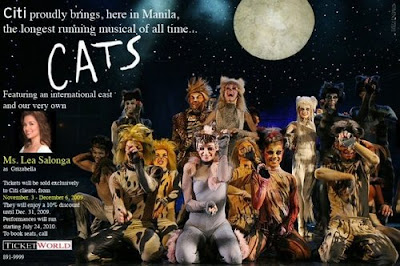 The show ended just before 1030PM. Pop had been waiting for us at Starbucks for three hours. Although it was still drizzling, there was no traffic and we were home by 11PM. All in all, I'd say that I'm glad I went. Yez, Lea Salonga is so good that her three-minute performance could stand on its own. She didn't even need a supporting cast. Which makes me think that maybe next time I should watch one of her concerts and just enjoy her singing, without the annoying Jellicle cats.

I had much more fun at Legally Blonde. And it was cheaper, too. 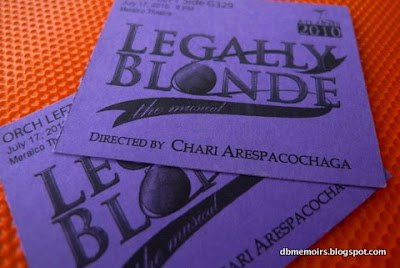