I just finished reading my second book this year, The Queen's Fool by Philippa Gregory. This is the third Gregory novel I've read-- first was The Red Queen followed by The Other Boleyn Girl-- and by happy coincidence, the events in the books are chronological in the order that I read them. I mainly chose them because of the pictures on the covers. What can I say, I'm a sucker for pretty colors. 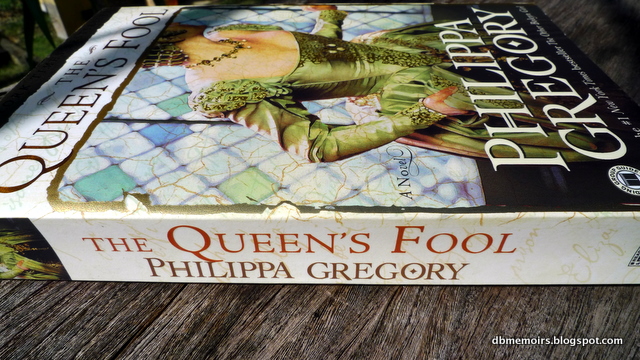 Philippa Gregory specializes in medieval England, and her books are fictionalized accounts of true events written from the point of view of someone in the sidelines. If you are interested in how England's kings and queens were made in the late Middle Ages, this is the series for you. This one is about Queen Mary I's ascension to the throne, seen through the eyes of Hannah, a Jewish girl who became part of the royal court as a fool.

The Queen's Fool is an engaging hard-to-put-down-but-I-gotta-go-pee roller coaster of a book. "Serious" historians have criticized Gregory for fabricating intrigue without historical basis, but really, who cares? It's fiction. Case in point: In The Other Boleyn Girl, the author implies, not very subtly, that Anne Boleyn, one-time queen of the realm and mother of the greatest monarch ever Queen Elizabeth I, had an incestuous relationship with her brother. Fun!

I have noticed that this particular book is quite feminist in tone compared to the others. I suppose with protagonists like Lady Jane Grey, Mary and Elizabeth-- three queens one after the other-- one can't help but touch on the way women lived, loved and lost in that era.

Such hope and dreams.

Do things ever really change?

"On the first morning after we had finally made love, when Daniel came downstairs, I caught the glance his mother flickered over him. It was a look of utter possession, as a farmer might look at a healthy bull at stud. She had heard my cry of pleasure half silenced the night before and she was delighted at his prowess. To her I was nothing more than a cow who should soon be in calf, the credit for it all was to her son, the prestige of founding a family would come to her."

The saddest thing is to be resigned to one's fate, just because one is a woman.

"Ordinary days, ordinary to the point of boredom, but she went through them with an air of cold detachment, as if it were not her own precious life wasted in nothings. She lived her life like a woman performing in a long pointless tableau... There was nothing that brought her alive. She was in a state of obedient waiting. Then I realized what she was waiting for. She was waiting for a sign from him."

We need to commemorate and celebrate the stories of our queens, no matter how crazy or evil they may have been, because we can't go back to the way things were. We just can't.
Posted by Unknown at 5:40 PM
Email ThisBlogThis!Share to TwitterShare to FacebookShare to Pinterest
Labels: art, books